We're getting a NEW CORONER!

The soon to be former Monroe County Medical Examiner got an "unfavorable rating" on a reappointment questionnaire. Here are some of the complaints:


-  family members are excluded from identifying bodies (So, with no ID...who is getting buried? See post from March 31, 2015, maybe no-one cares.)


- co-mingling personal and private funds-- apparently, we, the taxpayers, have a stake in his personal residence (I can only hope that the hordes of pissed-off-dead-homeless are visiting him nightly.)


- public complaints that bodies were being transported in the open bed of a pickup truck (see post from June 4, 2015).


- The dead-body-pickup-truck was seen stopping at a restaurant DRIVE-THROUGH WINDOW. (I'll have a couple deep sea sliders and some coffin nails.) 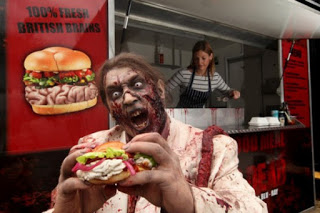 Posted by carriejohowe at 10:45 AM