Worse than a poke in the eye...

Last December, a man walked into the police station, and shared some information that his grandmother told him 16 years ago...

Sergio T. informed the police that in 1961, his grandmother and her boyfriend were digging in the front yard  at 833 Johnson Lane, to plant a fruit tree.  They came upon some resistance and found a block of cement. After removing the obstacle, they discovered the remains of a human, what appeared to be female, with scissors impaled in the chest area.  Along with the body, was a newspaper from 1934.

Quiz time...what would you do if you were the grandmother?
a. call the police and report the incident as soon as the human skeletal remains are seen
b. have a beer and think about it
c. cover up body with dirt and plant the fruit tree on top...setting up the property for a future of merciless hauntings...and a tree filled with iguanas, eating the fruit and pooping on everything.

Sergio T. decided to go to the police because he "wanted to get it off of his chest".  Unfortunately, the mysterious dead woman was not as fortunate.

Based on the newspaper report of this crime... this is what we know:

- officer finds two "residents" lying together under a stairwell at 4:40 am
- one resident tells the officer that "her partner agreed to pay her for sex" (is this a typo or are there 2 hers involved?)
- their first names are Camille  (sounds like a female name) and Yassel (hmmm - not sure)
- Yassel had turned 34 four days before (not sure why we care about this...but this is a birthday bummer)
-  both are charged with prostitution and go to jail... Camille is still in jail in lieu of $500 bond
- Officer said that Yassel said that Camille said that there was a $40 agreement made
- Yassel is a fisherMAN... (OK--phew - it was typo... I was really struggling with this.)
- Yassel said that the agreement made did not involve money compensation
- Camille said that Yassel is a liar
- Yassel said he thought that Camille lived under the stairwell (could be - it is Key West and maybe Camille idolized Harry Potter)
- the two had previously participated in prostitution (shocker!)
-Yassel was arrested with $944 in his pockets (now we know how he could post bond!... but what about poor Camille? how much money did she have in her pockets? not even $40?)
- Yassel had had a string of other charges since 2003:
- stalking
- trespassing
AND
- POSSESSING STONE CRAB OUT OF SEASON!!!!!!!!!!!!!!!!!!!!!!!!!!!!!!

If you don't know what Fantasy Fest is... I'll sum it up for you....lots of naked people drinking lots of hard alcohol at the end of October. The people are supposed to be in costumes, however, unless the costume itself is not wearing a costume... there are no costumes. 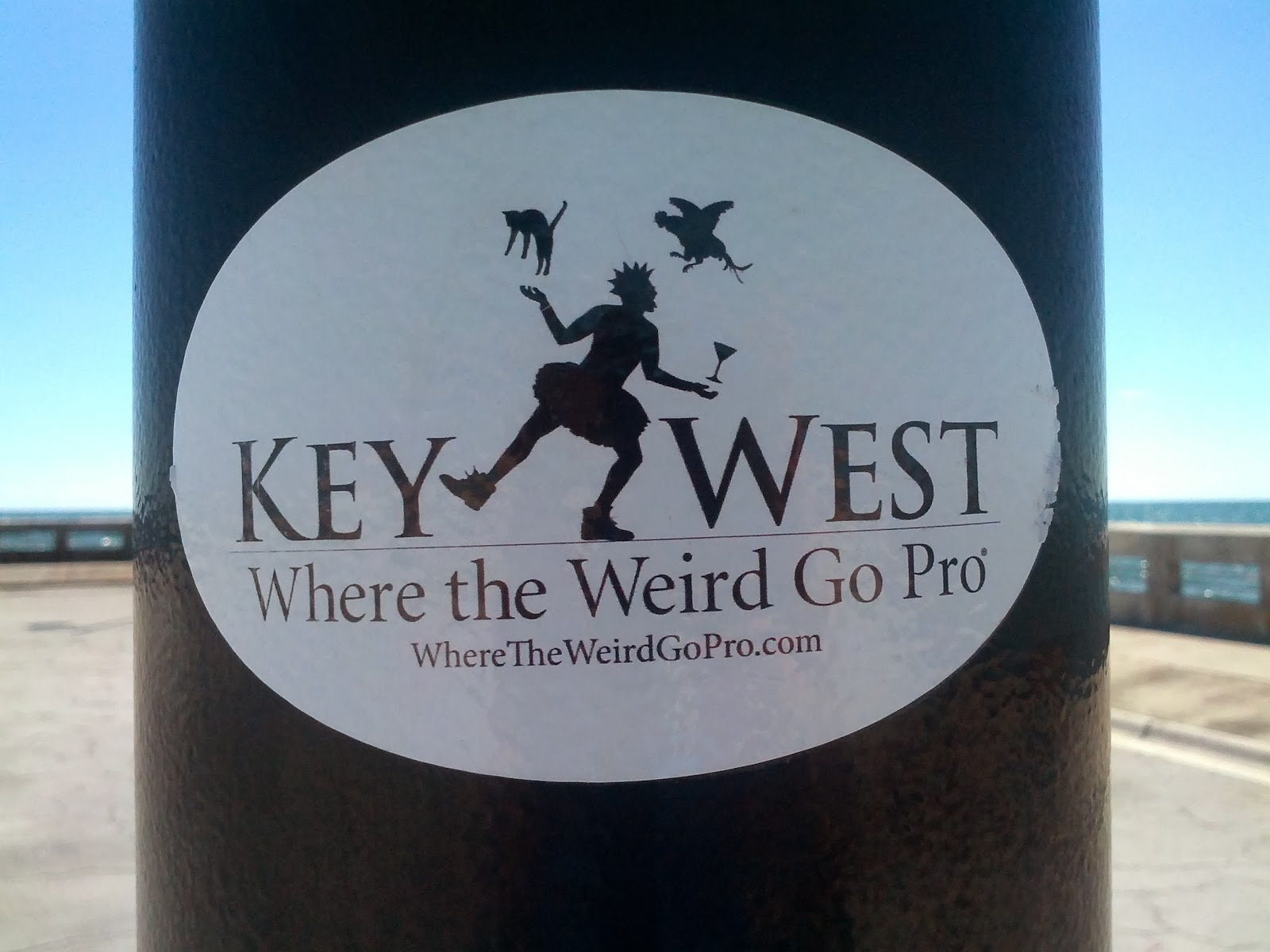 The island hosts over 100,000 guests for this event. It's so popular that many famous people would sell their souls to perform in Key West  in front of the thronging masses.  Mary Carey was no different. It was a perfect fit for the porn star. She just had to fly from LosAngeles to Miami and then Miami to Key West... without having sex with a man during her flights. To her credit, she made 50% of the goal. Unfortunately, the liquor did the talking during flight one and there were seat shenanigans that turned into a bathroom tryst once the plane landed. The police didn't like the fact that she (they) wouldn't get out of the plane potty and the airlines didn't like the fact that she was drunk as a skunk.

The concluding result?  She was banned from her second flight. In a desperate move, the Fantasy Fest promoter ordered a driver to drive 3.5 hours to Miami  to pick her up and then drive 3.5 hours back to Key West in order for her  to make her show at the "Anything But Clothes" event at the local strip club.  Praise all that is holy... she made it in time for her "performance".

Thank goodness it all worked out for the Fantasy Fest promoter! He then could focus his efforts on his other responsibilities;  the Tighty Whitey Party, the Pajama and Lingerie Party, and the Pimp and Ho Party.

Carolyn D., affectionately known to her friends and family as "Sea Hag," had no previous arrests or criminal record. Now she is in jail for 30 years. She just wanted a beer. It's not fair.

One warm summer evening on Conch Key, Martin M. returned home from dinner, sat down on his front porch, and drank a cold Busch Lite beer.

Sea Hag saw her neighbor and walked around the side of the house to ask him, "Do you have a cold beer for me?"

Martin M. responded " I have absolutely nothing for you." This was a super big mistake on his part. He obviously had not partied with Sea Hag before or he would have known that to refuse Sea Hag a beer was like taunting the Incredible Hulk.

Before we jump to the conclusion of this story--let’s take a step back from the situation and ponder. What are some possible actions that she could have taken in her angered state?

Yes-- the correct answer is number three! Good for you!

Sea Hag tussled with some neighbors, threw her gun in the water, then sat down ( presumably to drink her hard earned beer).  Hell yes Sea Hag.

Please click on links below if you think I'm making this up...


Posted by carriejohowe at 2:11 PM No comments:

Cleanliness is next to Godliness... except on Route 1

Cleanliness is next to Godliness except on Route 1...

A couple of years ago, Meghan B., a  37 year old woman from Indiana embarked on a road trip down Route 1 to see her new boyfriend in Key West.  While taking in the sites, she realized that she had forgotten to shave her private part(s) in preparation for her hot date, thus decided to multi-task while driving. However, even without  (presumably) underwear, she had a problem steering while shearing.

Fortunately, she had a helper in the passenger seat...Charles J, her ex-HUSBAND. I’m sure that he just wanted to get out of the Indiana snow and ice and snatched the opportunity for a ride. He graciously offered to steer the car for her while she continued pruning.

Maybe one of the reasons that they got divorced was their inability to work as a team since they smashed into the vehicle in front of them.

Meghan B. got very upset at this time for a few reasons:

Charles J. was burnt by the passenger side airbag deployment, but even in his blistered state, he took the high road. While the policeman made his way to the car, Charles J.  jumped into the driver’s seat while Meghan B. climbed (probably gingerly) into the backseat.

The officer noticed that:

The policeman astutely assumed that Meghan B. was, in fact, the driver.  When he asked her why she didn’t stop to avoid the accident, she replied, “I was shaving.”  Duh.

The cherry on the pie?  No car insurance.

Please click on link below for full news article... not joking... it's a true story.
http://abcnews.go.com/Travel/cops-woman-crashes-car-shaving-privates/story?id=10065885#.VKsfbscbBxs.gmail

Posted by carriejohowe at 2:12 PM No comments: