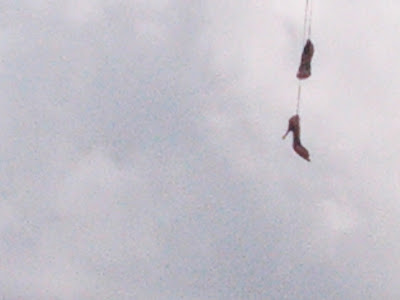 Well, knock me over with a feather... a fraudulent transaction taking place at an adult entertainment club.  They are usually so reputable.

I love the fact that this guy reported the credit card fraud to the police...who consequently reported
to the newspaper.   Now everyone in the world (and in New York, his home state) knows that Michael T. was ripped off when he was overcharged  $1500 while ordering up  "fetishes".

He acknowledged that employees were coming in and out of the room to get his authorization and that he gave them his debit AND credit cards... however the ONE $1500 charge was fraudulent. All of the other charges (how many? we don't know... probably lots of fetish possibilities)  were authorized - so that is good.

He might not have a case though. Maybe the fetish he ordered was " fun with credit/debit card fraud"...  The article doesn't say.

I'm sure that his family and friends are proud that he did the right thing and reported the wrong doing... quality guy.